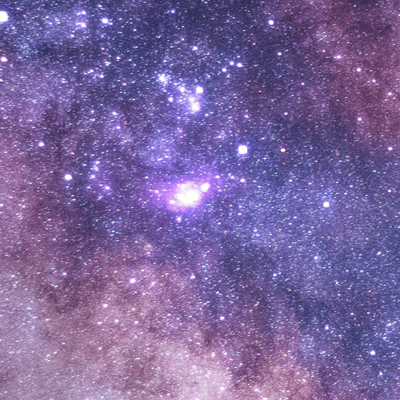 Yes! Past lives are fascinating. We are all curious to know if we have been a Russian princess, a leader in the French Revolution or a renowned Viennese virtuoso (all of which I have seen when giving clairvoyant readings to clients).

However, despite the intrigue and entertainment, there is a much deeper significance to revealing past life events. Often, we have had powerful experiences in past lives and during those intense times, we have made statements about ourselves, about life, about Spirit.

These beliefs carry a lot of charge or energy and they hang on from lifetime to lifetime. They can become strong undercurrents and influence our experience in this current lifetime. Yet we are unconscious to their existence and to their impacts.

Example of a past life

Recently, I read a young woman who wanted to know why she wasn’t getting farther ahead in her career. She worked long hours and was dedicated to being a high achieving employee. However, she was upset because she wasn’t getting the promotions she thought that she deserved. In addition, when asked to give presentations to large groups, she would often get extremely nervous and tongue-tied.

During our reading, I saw that the energetic source of her current work frustrations. They originated from a past life where she had been the eldest son of a powerful baron during the Middle Ages. (Yes, this “she” had been a “he.” We do incarnate as males in some lifetimes and females in others.)

As the eldest son, my client carried the same name as the baron father and was being groomed to be his heir. Importantly, this son wasn’t interested in becoming a powerful landowner and political leader. He was generous in nature and abhorred the thought of taxing the serfs or leading military men to battle.

In summary, my client had been a huge disappointment to the baron father. And, as time elapsed, the father had made fun of his eldest son, often in public. Despite ongoing attempts to please, he had been humiliated and ashamed over and over again. Eventually, the baron revoked his eldest son’s title and bestowed it on his younger son.

Voila! The young woman’s present time job frustrations had roots in this particular past life. Her inability to get ahead despite working hard was in fact a repetition of her experience in that past life. Her challenge giving presentations was tied to those public humiliations from the baron father. She was still holding the immense shame and sense of failure she had taken on in that past lifetime.

Although she had no conscious awareness of them, the beliefs my client had decided about herself in that difficult lifetime were still repeating and were definitely interfering. “If only I could be what my father wanted me to be.” “I am a failure.” “I will never be a success.”

Once these patterns were identified during the reading, I was able to clear them, allowing this young woman to have a “clean slate” on which to create what she truly wanted to achieve in her work life. She felt lighter and more connected to her inherent value at the end of the session.

The experiences we carry from past lives and the decisions we make about them can be powerful influences in our present time reality. Clearing the ones that are getting in the way creates a remarkable internal shift that opens the doorway for significant changes in our current lifetime.

Sure, past lives are intriguing. However, their true power lies in their ability to offer transformation and healing. It’s worth taking a deeper look!

New to the concept of past lives? Check out “Many Lives, Many Masters” by Brian Weiss. A great book to begin exploring.

If you are interested in learning more about energetic patterns and how they influence our lives, check out “How Energy is Throwing You Off Course.”

About the Author: Margaret Johnson

Margaret Johnson is Co-Director of the Inner Connection Institute and an officiating Minister of both online and in-person services at the Church of Infinite Spirit. She teaches many of ICI’s online classes and offers private intuitive readings and healings by phone. As a former Wall Street portfolio manager and a mother of four, Margaret began her training at ICI over 20 years ago and experienced a profound inner transformation. Whether teaching or reading, it is her greatest joy to support others in their spiritual journey of healing, awareness and freedom.