The Trap Of The Comfort Zone

The Trap Of The Comfort Zone 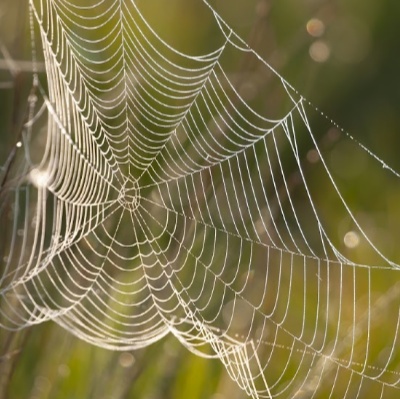 The other day, I awoke to find a spider in the bathroom sink. I have never seen a spider actually get in a sink, but it is certainly a sight to watch them try to get out! This particular one was circling the inside of the sink, getting a bit higher with each round, until he (or she) would reach a certain height and fall back down.

I decided to help the poor guy out, and placed a newspaper in the sink for him. My plan was to get him on the newspaper and then run for the door to put him outside. Well, the little fellow didn’t want to have anything to do with my newspaper or me. He ran in the opposite direction, carefully avoiding the drain, every time I placed the paper before him. Eventually, the humorous became the ludicrous and I reached in and pushed him up on the paper. Unfortunately, as I pulled the paper out of the sink, with the spider dancing around on it, he released a strand of silken thread and ended up on the floor under the bathroom rug. I decided he was at least somewhat better off and got in the shower.

So often we are like that spider. We can be in a horrible situation, but when a way out presents itself, we run the other way, for fear of the unknown. We may know enough to avoid the drain, but we are unwilling to take a risk when the opportunity for healing and growth presents itself.

Many years ago, I worked as a legal assistant in Portland, Oregon. I was miserable and I knew I wasn’t on my path. I stayed on about a year and then began exploring temporary work and ways to work from home. My fellow assistants thought I was nuts. I couldn’t count the number of times I heard, “there are no jobs out there.” And, “at least you’re paid well,” among other incredibly non-supportive comments. I knew my co-workers weren’t being malicious, they were just scared. If I were to be successful in creating my next step, they’d be challenged to look at their own situations and their own ability to make changes. Unconsciously, they felt it would have been much easier for us all to hang around complaining. At least it was familiar.

One day after yet another battle over leaving at 5:00 to go to my meditation group, I just quit. Within two weeks, I found a part-time job as a writer that allowed me to work from home. I filled my remaining time with temporary assignments. When I would visit the old law office, I would hear, “you are so lucky,” and “I could never find a job like that.” My old gang was still stuck in the old energy, so they had shifted their perspectives slightly to maintain the status quo.

A client I have been working with recently has been unhappy in her work as a store clerk. She was fired from her last place of employment (an opportunity for change) and in a panic took a job that pays slightly more but still has many of the unpleasant qualities of the old store. I liken this to the spider jumping off the newspaper too soon and ending up under the rug.

What could be worse than being stuck in a hopeless situation, going around and around, repeating the same pattern over and over again? For some, the answer is not knowing what comes next. Yet, sometimes we can’t know. Opportunity presents itself and the universe demands we take a risk. If there is something in your life that has you feeling like a spider in the sink, watch for opportunities for change. And, as they present themselves, jump on that newspaper and hang on until you get outside. Don’t settle for under the rug! You deserve the whole shift, the whole healing, the freedom of the great outdoors.

Lauren is honored to support you in times of transition. Any challenge can be transformed into opportunity; any pain transformed into wisdom. Schedule with Lauren here, or visit her website: www.laurenskye.com.